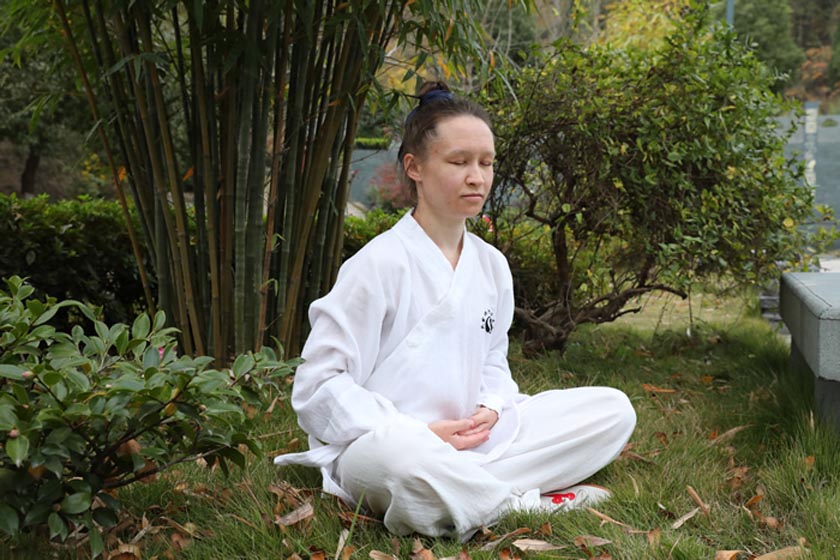 I was born in St. Petersburg, Russia. Since I was a child, I have been yearning for Chinese culture. I gave myself a Chinese name “Liu An”. My first impression of Chinese Kung Fu was because of the movie, which was produced by the Shaw Group in the 1970s. My favorite Kung Fu movie actor is the old-school action star Liu Jialiang.

Before coming to China, I studied other martial arts routines in Russia for several years. At first, I thought that the kung fu performed by people who sing Peking opera should be Chinese kung fu. As I gradually learned more about it, I realized that the skills in Peking opera Wu Sheng is just a corner of the mountain of Chinese Kung Fu, and as I work in the translation of Peking Opera (from Chinese to Russian), gradually I have a broader understanding of Chinese martial arts, and then I understand that Chinese martial arts is a vast ocean.

These reasons prompted me to come to Wudang Mountain to find my Kung Fu dream. At Wudang Mountain Kung Fu Academy, I found my belonging! The magical Wudang Kung Fu techniques and actual combat skills, and a healthy lifestyle make my body stronger. I found a brand new lifestyle in Wudang Kung Fu. Kung Fu is an attitude to life. It allows people to slow down, to perceive nature in detail, and to express themselves faithfully without concealing anything. In the fast-paced contemporary life, all of these are difficult for us to obtain. When you understand the importance of all of these, many times, you have been lost for a long time.

Thank you very much for Wudang Mountain Kung Fu Academy. I will come back to study again!